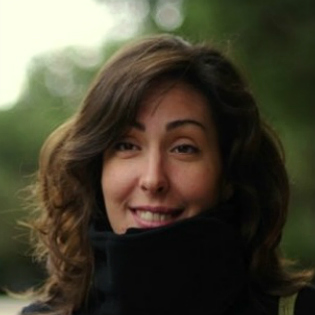 Emma Avilés is a Spanish activist now based in Paris; one of many living in the exile caused by what they call “crisis”. She is part of the 15M/Indignados Spanish r-Evolution; a movement that represents a citizen break-up with the current political system while proposing an alternative one.

She has also participated in the Spanish Citizen Debt Audit Platform (PACD) and the International Citizen Audit Network (ICAN). Now most active as member of the Xnet collective; the group of activists that has driven the initiatives that are behind the leaks of the major corruption cases that are shaking Spanish politics today with the devices of 15MpaRato (the main lawsuit against the Spanish bailed-out bank Bankia and its banksters) and BuzónX (a system for citizen whistle-blowing).

She has participated in various European meetings and projects and was part of the developers’ team in The Troika Party project. She concentrates on international relations, with a special focus on European networks, coordination of social movements and technopolitics; understood as the tactical and strategic use of digital tools for organisation, communication and collective action for empowerment, justice and social transformation.

All session by Emma Avilés