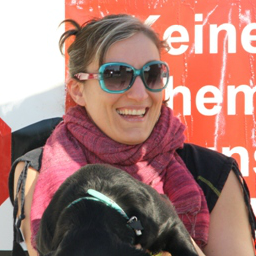 Katerina is a Greek activist currently based in Athens. She has taken part in the so called Indignants movement in 2011 during the occupation of Syntagma Square in Athens, against harsh austerity measures imposed by the “Troika” (EU, IMF, ECB). She has been active with her local neighboorhood assemblies and has contributed to various grassroots initiatives that have been flourishing all over the country since then. Her main fields of action include solidarity networks, degrowth, self-management, self-sufficiency, commons and commoning, solidarity and cooperative economy, community building and alternative education.

She has been involved in the organisation, execution and follow-up of various national and international projects and collectives. Her most recent involvement has been in the Alternative Festival for Solidarity and Cooperative Economy, the Athens Time Bank, the European Troika Party project, the Greek Debt Audit Campaign and the International Citizen (debt) Audit Network, undertaking tasks on communication strategy, network building, participatory leadership, ogranisation, execution, development and evaluation. In parallel she has been studying the field of social and solidarity economy by completing a thesis on a comparative study between France and Greece.

She tries to keep an international perspective on her activities and is happy to share and exchange knowledge an practices on radical management in order to help social movements grow.

All session by Katerina Apostolidi